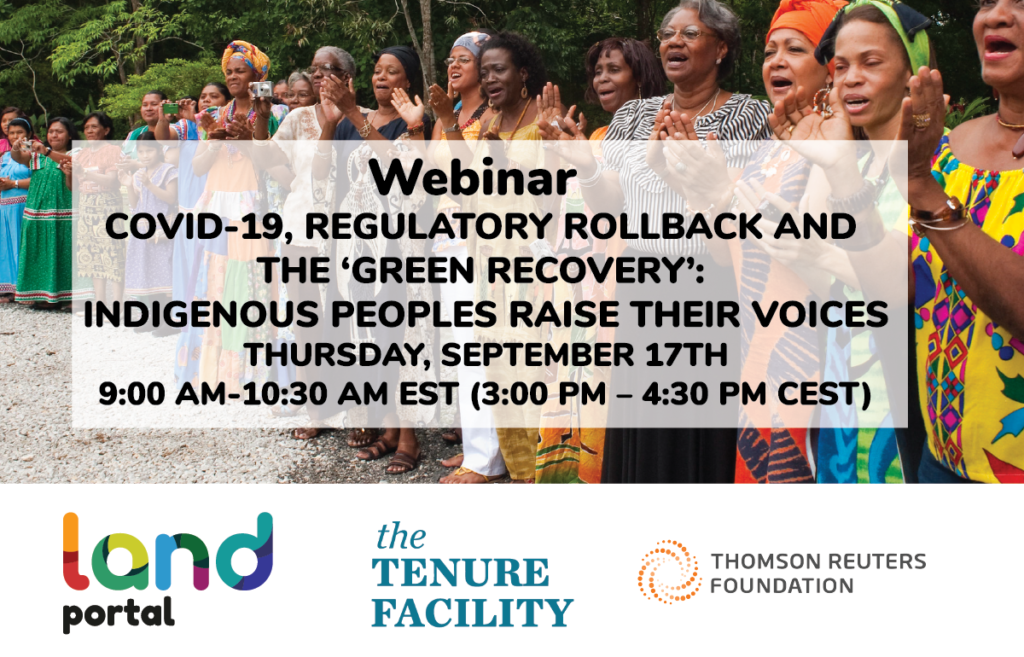 As COVID-19 has hobbled governments around the world, environmental protections have diminished or disappeared altogether, leaving the door wide open for abuse, corruption, land grabs. Indigenous peoples and their territories are prime targets to pillage during this vulnerable period.

COVID-19 is already negatively affecting indigenous land rights, particularly for those who already face food insecurity as a result of land confiscation or grabbing and the loss of their territories. Prior to the COVID-19 crisis, the expropriation of indigenous lands and natural resources and the increase in conflicts on their territories were already placing indigenous peoples in a particularly precarious situation. The crisis has led to reports of encroachment upon indigenous land by opportunists, such as illegal loggers and miners. In the Amazon, threats, killings and land-grabbing are all reportedly on the rise, fueled by mainstream political trends. The United Nations has expressed alarm over attacks in Nicaragua, in Panama our partners report a spike in illegal logging and land clearance in the absence of state authorities, and in Colombia drug gangs and militias are profiting from current uncertainty to step up their deadly activities.

Additionally, numerous governments have announced plans to lower environmental standards and rollback regulatory standards. These policies are likely to result in accelerated deterioration of the environment and have negative impacts on the environment, and in particular for Indigenous Peoples.

On the other end of the spectrum, countries and communities see the COVID-19 crisis as a unique opportunity to seize upon a green and inclusive recovery. There is an increasing recognition of the need to scale up investments in sustainable mobility, renewable energy, building renovations, research and innovation, the recovery of biodiversity and the circular economy. Proposals include scaling up green investments and financing, as well as promoting a just transition to a green economy.